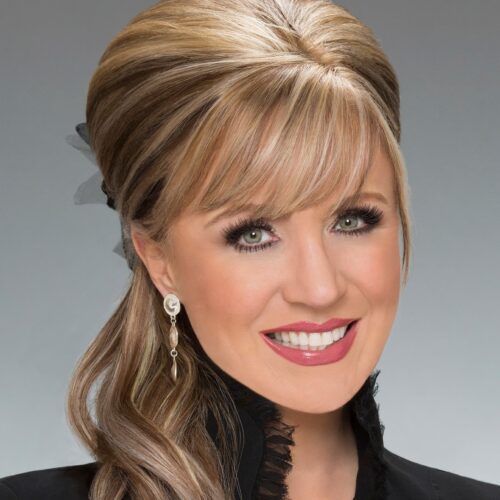 When Irish eyes are smiling. Independent National Sales Director Emeritus Gillian Ortega’s sparkling eyes are filled with gratitude for the two women who had a profound impact on her life: her mother and Mary Kay Ash. “I was blessed with two angels in my life,” says Gillian, a native of Ireland who came to the United States with $20 in her pocket in 1979.

“I was 11 when my father died. We went from being aristocrats to living below middle class, and my mother certainly could have become very bitter. Instead, she taught us that we could be anything we wanted to be. She believed in me and always told me that something great was going to happen to me.”

Many great things have happened to Gillian since signing her Independent Beauty Consultant Agreement in 1988. One of the greatest was meeting Mary Kay Ash in her office in 1992. “I was supposed to spend 30 minutes with her, but we ended up talking for two hours,” recalls Gillian. “She told me funny stories and opened the box of chocolates I brought her. She hugged me and asked me to please carry on her dream. I told her she could count on me.” Gillian devoted her life to the power of a positive attitude she learned so well from her mother and Mary Kay Ash, saying, “There is an opportunity to take the reins and claim your destiny. A Mary Kay business represents opportunity and the doors to it are marked, ‘PUSH.’ ”

As Gillian steps into the role of Emeritus, she hopes to leave the same legacy as Mary Kay Ash; that is, “It’s not where you start that counts, it’s where you finish.” She intends to continue to live life full-out, be fully-engaged and relevant – leaving that legacy for her family, National Area and the many others blessed enough to be part of Mary Kay’s dream. Gillian also plans to become more involved with organizations that support heart and stroke victims. Passing on the wisdom of those women who helped shape her life – Mary Kay and Mom – is part of Gillian’s big picture, as well.

All Sessions by Gillian Ortega